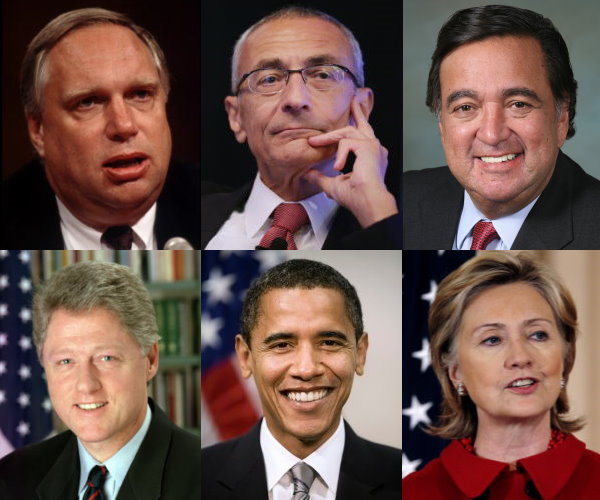 What is extraordinary about this list of UFO/ET related statements is that with one exception all were made by members of the Clinton political team dating back to the Rockefeller Initiative (1993-1996). The exception is President Obama, who was most likely brought on board when he selected John Podesta to be the co-chair of his post-election transition staff in November of 2007. There is nothing equivalent in American political history. And with the exception of Webster Hubbell, all have been involved in national politics at the highest level until the present time.

The only logical explanation for this series of statements is the Clinton team knew early on the phenomena was real and extraterrestrial in origin. They were most certainly not briefed by the Pentagon or given tours of highly classified underground facilities. They just needed to be tipped off. And, of course, there is ample evidence already in the public domain confirming the extraterrestrial presence.

Which raises the question: what is the Clinton political team’s agenda behind these statements?

Webster Hubbell, former Associate Attorney General during the first term of the Clinton administration reveals President Clinton asked him to look into the UFO issue at the Dept. of Justice in his book Friends in High Places in 1997.
www.paradigmresearchgroup.org/News_Items-3.htm#11-23-97NYP

Governor Bill Richardson, Congressman and Secretary of Energy and UN Ambassador during the Clinton administration, challenged the Air Forces explanation for the 1947 Roswell, NM events in a foreword to Roswell Dig Diaries – March of 2004.
www.sfgate.com/news/article/Flying-saucers-in-New-Mexico-Governor-rekindles-2701060.php

John Podesta writes a foreword to UFOs: Generals, Pilots, and Government Officials Go on the Record by Leslie Kean – 2010.
www.weeklystandard.com/john-podesta-ufo-guy/article/488366