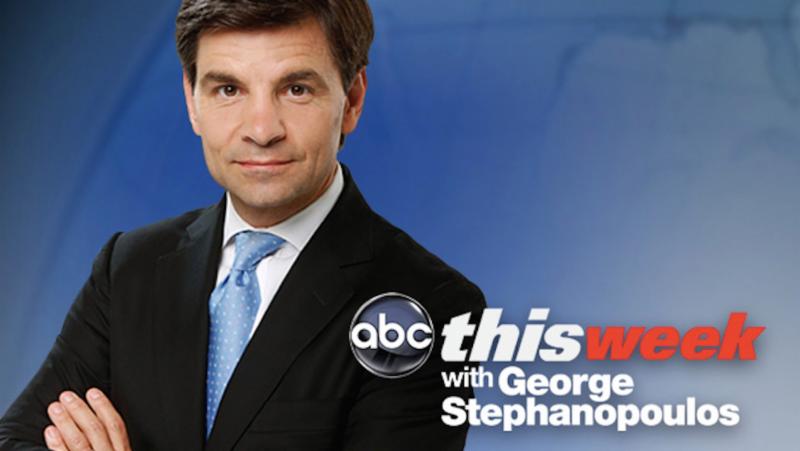 George Stephanopoulos has had a distinguished twenty-year career with the prestigious news division of the ABC network. During his first two years with ABC News he was a political analyst and correspondent for This Week with Sam Donaldson and Cokie Roberts, Good Morning American and evening news broadcast.

From September 15, 2002 to January 10, 2010, Mr. Stephanopoulos was the host of This Week. In December of 2005 he was named Chief Washington Correspondent. On April 16, 2008, Stephanopoulos co-moderated the twenty-first and final Democratic Party presidential debate between Senators Hillary Clinton and Barack Obama. In December 2009, he joined the team of Good Morning America as co-host. In January of 2012, he returned to host This Week and currently retains both assignments. In August of 2014, he was named Chief Anchor for ABC News.

Mr. Stephanopoulos is well respected and well liked by the American people. He is a television news superstar.

Before he entered journalism he had another distinguished career – political operative. This began in 1988 when he worked on Governor Michael Dukakis’ presidential campaign after which he worked for the House Democratic Majority leader Dick Gephardt.

In 1992 he joined the presidential campaign of Governor Bill Clinton. His contribution to Clinton’s election was made legend, along with James Carville’s, in the documentary The War Room. [Note: there is a general consensus amongst Washington insiders the character Henry Burton in the book and film Primary Colors – the conscience of Governor Jack Stanton’s campaign – was based on Stephanopoulos.

For his work on the Clinton campaign Stephanopoulos was rewarded with several important White House positions. In January of 1993 he was appointed White House Communications Director. For a time he

also acted as the de facto press secretary giving daily briefings. Eventually Dee Dee Myers took over the briefings, Mark Gearan took over as Communications Direct and Stephanopoulos became a Senior Advisor on Policy and Strategy in June of 1993. He remained in that position until he left for ABC News in December of 1996 after the election.

So, wherein lies the dilemma? The effort by Laurance Rockefeller to convince the Clinton administration to release all government held UFO related files, grant amnesty to potential government witnesses and essentially end the truth embargo – the Rockefeller Initiative – began on March 29, 1993 with an approach to the White House Office of Science and Technology Policy. The initiative continued for 3 and 1/2 years ending in October of 1996. 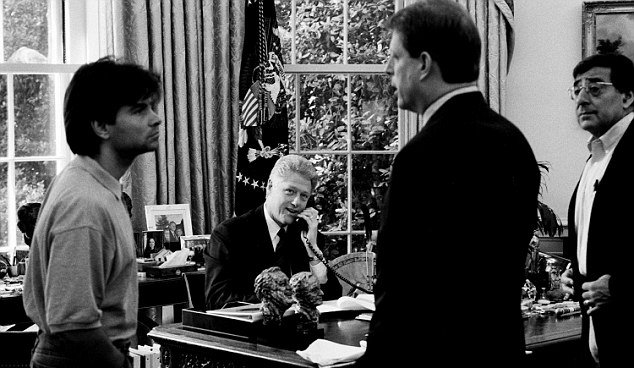 The White House is not the CIA, a massive matrix of programs with myriad levels of classification and compartmentalization. It is a house packed with people working in close proximity 60, 70 hours a week. Stephanopoulos was at the center of the administration.

Furthermore, beginning in the mid-1990’s ET/Disclosure information was being repeatedly presented to ABC News programs, meetings with ABC executives were held, the Rockefeller Initiative documents were placed on the Internet in 2001 and hundreds of journalists, including those at ABC News, were contacted with links to those documents. For the past two years over 500 English and foreign language media articles have been published about the Clinton/ET/Rockefeller Initiative connection.

Given his positions at the White House and the above mentioned subsequent media exposure, it is inconceivable George Stephanopoulos was not aware of the Rockefeller Initiative from the beginning and repeatedly reminded of it in subsequent years.

He had a very difficult decision to make.

Before discussing that decision it is important to acknowledge the media operates under First Amendment constitutional protection. It is free to cover (theoretically) whatever it wants to cover or decline to cover whatever it wishes not to cover. If the United States declared war on Canada and the New York Times elected not to cover the story, that would be the Times’ prerogative. No story or person has a right to be covered. It is up to the journalists – the reporters, editors, producers, and publishers.

Mr. Stephanopoulos is a very smart man who well knew the Rockefeller Initiative was one of the most important political stories of the 20th Century. He had twenty years to engage that story. However, if he did so, it could prove damaging to his former employer and wife and other Clinton administration members.

He decided not to engage. During his twenty years as a nationally recognized television journalist he has interviewed the Clintons and other former administration colleagues many times. He has moderated debates. And, of course, he has had a platform that would have given the story massive national and international attention. He chose to say and do nothing.

George Stephanopoulos is a good man, husband and father. He is a very competent journalist who has done important work. His choice should be respected, but in doing so Burke’s oft-stated quote applies. “The only thing necessary for the triumph of evil is for good men to do nothing.” To be fair, the matter at issue is less about evil and more about preventing the human race from moving forward – in other words, preventing reform.

Be assured Mr. Stephanopoulos is not the only journalist in the United States aware of the Rockefeller Initiative or even aware there is an extraterrestrial presence engaging the human race. There are even journalist contactees!!

And each day they go to work they have to face the same decision Mr. Stephanopoulos has faced for twenty years.

To those paying attention at the White House and the Pentagon, know it is inevitable the professional sons and daughters of Joseph Pulitzer will eventually do the right thing and the truth embargo WILL END.

But why wait? Carpe diem.